Corrinne Wicks discusses her debut role in a radio soap.

I am so terribly excited and flattered to be asked to be part of what will be the first radio soap since Waggoners’ Walk. The Archers is such a part of so many of my friends Sunday mornings and is engrained in the psyche of British life and who knows, maybe Greenborne may do that too. I have always been a huge fan of soaps, especially EastEnders so my excitement at being cast as John Altman’s Mrs is a bit embarrassing.

I’ve been lucky enough to work on several soaps (including a Polish one an experience best left to TV history) including being part of the original cast of what was then a new daytime soap, Doctors.  There is something uniquely special about being in at the beginning of something like this and witnessing the birth of a whole new society, a new civilization almost, and Greenborne is no exception. Though working purely through the voice and not visually, as I am most used to, is quite a new experience for me there are many similarities too in this way of working. Luckily, I am used to working at pace (the shooting schedule on Doctors is pure madness) and working on several episodes at once in a non-chronological order. My OCD loves cross checking detail, and this is a distinct benefit when it comes to working under pressure and at speed. I just hope it doesn’t double cross me anytime.

I have been fortunate enough to work with B7 Media and the wonderful team that is Andrew Mark Sewell and Helen Quigley on a couple of previous occasions. I was a total radio virgin when Andrew first took a chance on me and cast me in a lovely role in I, Robot a couple of years ago. I was extremely nervous, so much so that I asked to go in a day early to see another episode being recorded to see how it all worked. Radio is something I had always felt was beyond me, being dyslexic and having words swimming about in front of is a scary thing and the image of being made to read aloud during my school days is something that is seared horrifically into my memory.

Reading something fresh from the page and breathing credible life into it is something that I have always believed to be beyond my skill set. However, that day being in studio and witnessing far more talented and experienced actors than I am messing up occasionally gave me a little confidence. I am always astounded by people who can sight read. My husband is wonderful at it and reads aloud to me every morning during lockdown.

The other day in studio on what was our first day recording Greenborne, I was equally astounded. Covid restrictions meant that only John Altman (Alan Godwin), Luci Fish (Daisy Godwin) and myself could be there in person (the others being down the line). I had prepared my scripts, highlighting and making notes in advance in an effort not to mess up too much, but both John and Luci seemed to have done neither. They simply read the stuff. Just like that. Luci in particular made me marvel as she was asked to read in several other parts and she read them beautifully and unfalteringly as if she’d been looking at them for hours. That kind of talent makes me sick!

AMS, HQ and the entire team are a joy to work with, creating a relaxed, fun yet totally on the ball, professional working atmosphere and their patience with me and my many, many fluffs and mess ups is incredible and so very appreciated.

Bev is new to me but already I love her. She’s naughty and flirty (just like all good soap landladies should be), she’s feisty and ballsy and yet she also is a good listener and has a huge heart. She has enormous love for her family and for their Brian, their dopey greyhound. But she has a roving eye and a yearning for excitement. I shall have great fun playing her and watching her develop.

The main difference that I have found between playing a character in soap, rather than in a film or in a play, is that they evolve with time. In other mediums the character and their journey are there from start to finish. You can make up whatever back story and quirks as you wish when you inhabit that character, fleshing it out with things that may just be in your head but that inform the way you play her. However, soap is an on-going medium, often with many writers involved in creating the character and the journey so the actor cannot make too many solid decisions. For instance, I might decide that Bev loves bread, and that she binges on it in the larder when nobody is looking, only to find out in a few months that the writers have decided she’s gluten free and wheat intolerant. Or that she hates spiders only to find out she has a pet tarantula. Small things, but they do make a difference.

Greenborne is making its appearance at an interesting time. For me, being finally back at work after so long felt both wonderfully exciting and also a little scary and unnerving. We don’t really know if the World is poking its head out into the light again and things are slowly getting back to normal or if it will shrink back into its shell whilst another wave of Coronavirus hits.

The townsfolk of Greenborne are feeling the same. They are a few months down the road from where we are now, but they are in the same state of nervousness and uncertainty as they begin to rebuild, and forge ahead into either the old or into a new normal. We and they have that same sense of emerging from hibernation, but who knows what’s around the corner. Exciting times. 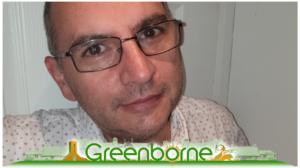 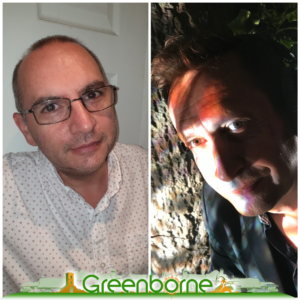 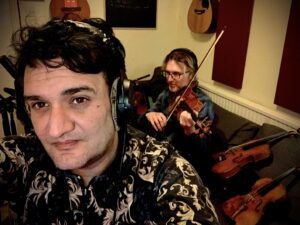